MILDMAY RACING are delighted to offer lease shares in this lovely filly by AUSTRALIA out of  the RED RANSOM mare, SCARLET EMPIRE.

AUSTRALIA, is impeccably bred being by the five time Champion sire and sire of sire of sires, GALILEO, out of OUIJA BOARD, winner of seven Group 2 races including the Epsom Oaks and twice named European horse of the year.  At two he won the Breeder’s Cup Juvenile Turf Trial Stakes and at three he won the Epsom Derby, the Irish Derby and the Juddmonte International, in total winning over £2m in prize money.

SCARLET EMPIRE, is the dam of three winners from four runners including the Stakes winner and Group 3 placed, DANCHAI. She is a half-sister to SKY LANTERN, the Champion 3 year old filly in England in 2013, winning six races at 2 and 3 including the Coronation Stakes Group 1, the Moyglare Stakes Group 1, the Qipco 1,000 Guineas Group 1, and the Sun Chariot Stakes Group 1.  She is also a half-sister to Queens Vase Group 3, winner, SHANTY STAR, and stakes winners ARTIC and HINTON ADMIRAL, and the Stakes placed, SHROPSHIRE. The 3rd dam is NEGLIGENT, the Champion 2 year old filly in England in 1989, winner of the Rockfel Stakes Group 3 at 2, and 3rd in the 1000 Guineas.

This filly is a good looking individual, well grown and level headed. She did not race at two because she was slightly on the weak side being so big but has strengthen up since she has been home and has now come in from the field. She is working on the walker and the treadmill, and will go back into training next month. We anticipate that she will win races as a three year old. 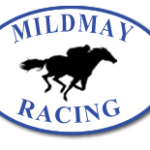