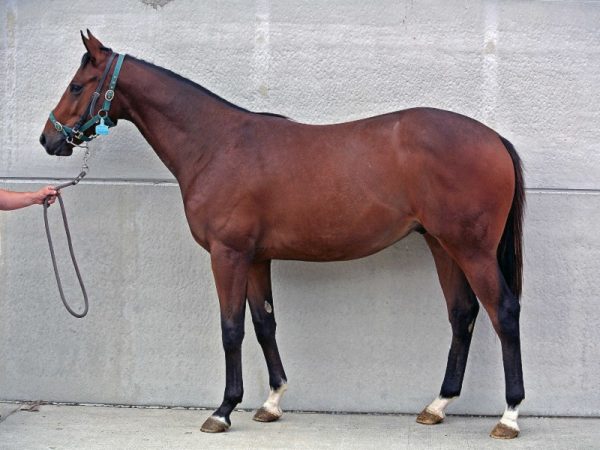 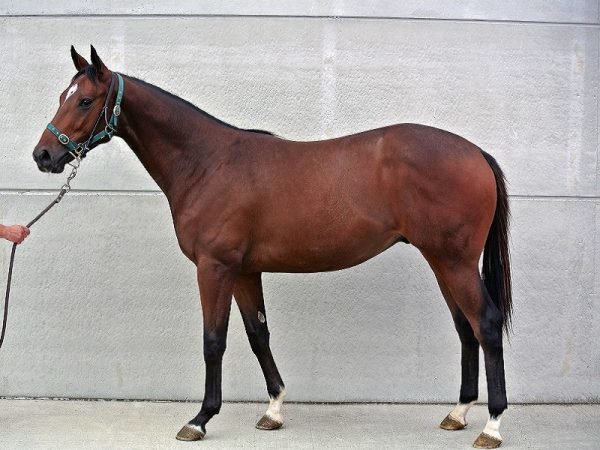 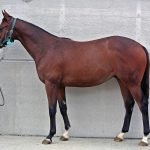 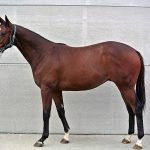 ‘Let’s Go Racing 1′ has just a few 6.5% Shares remaining available in this unnamed Yearling Colt. This is an opportunity to become involved in ‘Full Ownership’ of a Racehorse, in the hands of one of the UK’s top Trainers, on a basis that represents true value-for-money.

The Partnership is run by John Wicks who has managed ‘Let’s Go Racing 1’ horses in Training with Richard Fahey since 1999. Our last horse – now retired – was the exciting ‘Luis Vaz De Torres’, a winner of 10 races and over £80,000.

Foaled on 8th February 2020, our Yearling Colt went through the Ring at Goffs UK Premier Sales on Wednesday 25th August 2021. Richard Fahey was the successful Bidder at a ‘Hammer’ price of £20,000 and he and Robin O’Ryan (Assistant Trainer and a Bloodstock Agent in his own right) have recommended him to us.

Our Colt is a good size, has good ‘bone’, a decent back end, a nice head, and a good walk. Having arrived at Musley Bank on 25th September, it’s clear that he has a nice temperament. In short, we hope we’ve something to look forward to at a bargain price! Having been given time to ‘settle-in’, he had a ‘Roller’ on him on Monday 11th October, a human lying across his back on Tuesday 12th October, and was ‘ridden’ on Wednesday 13th October. It’s anticipated that he’ll be one of the first batch of Yearlings introduced to Richard’s ‘Indoor Ride’ during the week beginning Monday 18th October – in preparation for graduating to the Gallops before the end of the year. That tummy will be gone before too long!

CAMACHO himself ran only 6 times (all as a 2yo), winning a Listed race over 6f at Haydock and coming second in the Group 3 Jersey Stakes over 7f at York in 2005. It was suggested that he was ‘stretched’ over that additional furlong.

Richard and Robin have enjoyed plenty of success with progeny by CAMACHO. These include:-

As referred to above, our Colt is PRYING PANDORA’S first foal.

PRYING PANDORA (IRE) – by DARK ANGEL (FR) – is out of an unraced Mare – LENIENCY (IRE). She, in turn, is out of Listed winner and Group 2 second placed EASY OPTION (IRE), the Dam of 8 winners from 8 runners.

She was purchased in 2014 at the Arqana Yearling Sales, Deauville, for €85,000 and trained by Richard Fahey for the duration of her racing career. She achieved her highest Rating of ‘82’ as a 3yo and continued to run pretty much at that level throughout her 4yo career, retiring as a 5yo in 2018.

PRYING PANDORA’S statistics are as follows:-

The upfront and all-inclusive ‘Budgeted Cost’ of a 6.5% Share is £3,800 to the end of the 2022 Flat Season. This single payment is due upon joining the Partnership, there being no additional monthly payments, and covers all anticipated costs.

Since the ‘Budgeted Cost’ has been assessed on a conservative basis, it is entirely possible – but not guaranteed – that there will be a fairly significant ‘surplus’ at the end of the 2022 Flat Season. Any such surplus, which on numerous occasions over past years has been in the range £500-£1,000 per Share in relation to horses owned by both ‘Let’s Go Racing 1’ (and sister Partnership, ‘Let’s Go Racing 2’), belongs to the Partners.

Other aspects of being a Partner include:-

– Provision of an ‘Owner’ Racecourse Badge whenever the Colt is racing. [*]

– A formal Partnership Agreement being in place.

– Prize money due to Partners being credited in full.

– Public Liability Insurance being in place for the Partners.

– Mortality Insurance being in place – for the Colt!

[* Due only to possible ‘non-availability’, provision of more than 4 Owner Badges cannot be guaranteed if the Colt is racing at certain ‘high profile’ Meetings such as Royal Ascot – it can happen!]

Those interested in becoming involved in ’Let’s Go Racing 1’, as a Partner owning this Colt, should contact either John Wicks on 01751 475396 or Richard Fahey on 01653 698915 in order to obtain more information and arrange a convenient ‘viewing date’.