ALL ABOUT SUNDAY are delighted to offer shares in this Irish point to point winning five-year-old mare, SCARLET WITCH, by the exciting young sire MASKED MARVEL.

All About Sunday is a fun, engaging, passionate racing club where owners can keep track of their horse via the exclusive Sunday owners app. They’ll receive weekly updates, race previews, race reviews, tailored gallop reports as well as much more via their personalised dashboard.

All About Sunday is an exciting, young racing club with seven horses currently in training between Jack Davison, Denise Foster, Sonny Carey and Paul Nolan.

Owners are never asked for more money once they pay their initial share. All shares last for one year and once a share is purchased, owners will receive exclusive access to the Sunday owners app where they receive updates about their horse as well as masterclass videos, blogs and much more.

All prize money won by the horse will be split evenly between the number of shares that each owner has, at the end of the syndicate term.

MASKED MARVEL is a Classic winning son of MONTJEU. He won the Group 1 St Leger at three at Doncaster as well as the Group 3 Bahrain Trophy at Newmarket. He was crowned the 2011 Champion Stayer in England in 2011.

Masked Marvel’s oldest crop will be five years old in 2021 and he has already sired 27 winners of 46 races. He has also sired four black type horses including the Grade 3 winner and Grade 2 placed, Teahupoo, the Listed winner, La Danza, the Grade 2 placed Gars En Noir and the Grade 3 placed Pacha Senam.

SCARLET WITCH was an impressive 12 length winner of her second point to point start in a mares maiden at Cork before she was purchased by Sunday. She’ll win her bumper in the coming weeks before going on to bigger and better things.

The form of her Cork point win has been franked since with the horse that finished third to her that day winning a point since, and the fourth-placed horse has since been placed in a maiden hurdle.

Shares are priced at £49 per unit with 3,000 shares available. Shares last for one year and you’ll never be asked for any extra payments after you buy your initial share. 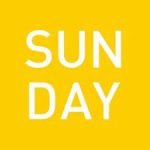